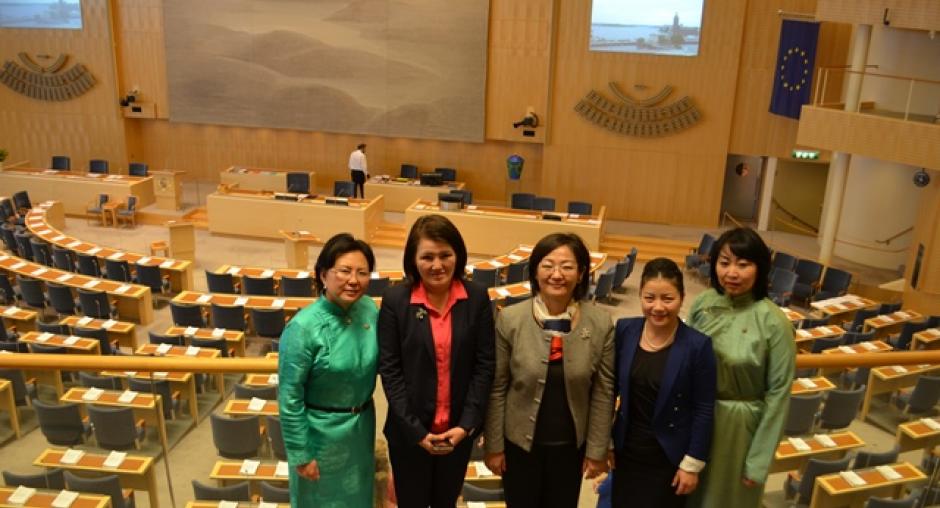 Women’s suffrage in Mongolia became law on 1 November 1924. At that time, the constitution granted women the general right to vote and stand for election. Mongolia was thus one of the first countries in the Asia-Pacific region to take this step. The rise of socialism was accompanied by a greater participation of women in political life. Between 1924 and 1990, a quota of 25 % of women in the parliamentary elections was applied. The fall of socialism and the democratisation of the country weakened the political participation of women. Only after the introduction of a 20 percent quota for women in the 2012 elections did the proportion of women in parliament rise.

From 1691 to 1911, Outer Mongolia was the province of China under Manchu rule. Shortly after the Chinese uprising against Manchu, the Mongols declared independence in 1911. The Russian government made by 1913 and 1915 contracts concluded that the new Republican government of China accepted an autonomy of Mongolia under Chinese sovereignty. Between 1911 and 1919, Mongolia was heavily dependent on Russia. However, its entry into the First World War and internal political difficulties continuously weakened control. The Russian Revolution and the Russian Civil War it enabled Chinese troops to invade Mongolia again in 1919. The troops of the monarchist novel by Ungern-Sternberg first drove out the Chinese. They were then beaten by Soviet-Mongolian units under Damdin Süchbaatar and driven out of the capital Örgöö (also Urga, then: Niislel Chüree, today Ulaanbaatar ). Süchbaatar declared independence from China on March 13, 1921 and, three years later, on November 26, 1924 , after the death of Bogd Khan (VIII. Jebtsundamba Khutukhtu ) and thus the end of the monarchy, proclaimed the Mongolian People’s Republic . The new state established a communist regime led by the Mongolian People’s Revolutionary Party (MRVP), heavily influenced by Moscow. The consolidation of the government led to the decision of the constitution as a socialist People’s Republic on November 26, 1924. In 1990 the Mongolian People’s Republic was transformed into the democratic state of Mongolia .

Impact on the situation of women

The 1921 Declaration of Independence led to the emancipation of women in areas such as education: In the country’s first constitution in 1924, women were guaranteed political and social rights for the first time. As a result, women were given the right to work, arranged marriages were banned in 1925, a campaign for literacy started and recognized the equal rights of women as the basis for legislation. In the 1960s, all women could read and write, and while in 1931 only 40% of women had visited a primary school in 1989 received about 95% of women have at least basic education. In 1989, 43% of students were women and 86% of women were employed. There was a guarantee of work, the gender pay gap was small, wages were controlled by the state according to communist ideology. The State also struck with a health care system and a social system that brought the women benefits.

The constitution also benefited women at the political level. Regardless of race or religion, all citizens over the age of 18 who were in paid employment had been granted universal active and passive voting rights by the constitution on November 1, 1924. This was Mongolia one of the first countries in the Asia-Pacific region who did this step. Under socialism the participation rose from women in public and political life. Women also saw advancement in positions where decisions were made.

In the 1920s, the Mongolian People’s Revolutionary Party Party introduced a 25% women’s quota for parliamentary elections. Thus the policy followed the principle of state feminism, which as part of the class question was understood. In the socialist period 1924-1990, this rate was law and thus guaranteed a share of women, which was very high compared to the post-socialist period, or to other Asian countries, but lower than in communist -party systems . The proportion of women in parliament rangesd between one fifth and one quarter in these epochs. In 1986, when the last elections were held under the socialist regime, it was 24.86%. However, no woman on rose to the highest government offices. In this way, Mongolia is like other communist states in which, despite statements to the contrary, the real power is reserved for a small group of men. An exception is Sükhbaataryn Yanjmaa is that one of the main leaders of the Mongolian People’s Revolutionary Party was. She was President of the Mongolian People’s Republic for the transition period from September 23, 1953 to July 7, 1954.

According to Stockemer and Byrne, one would expect that the opportunities for women to participate in political life under the free and transparent rules of a democratic society would be greater than in other political systems. However, during the transition from a communist to a democratic state, women’s participation in political life in Mongolia declined. One reason for this was the resurgence of traditional role models. On the other hand, during the communist era there had been no independent organisation in which women could have developed their political skills. As a result, women were politically inexperienced. Thus, despite rhetoric to the contrary, women’s policy under communism had led to the retention of traditional gender roles. The regression in the participation of women in political life in Mongolia after democratization in 1990 is not unusual. Democratic Mongolia shows two typical trends here: First, the participation of women remained low at many levels of decision-making and is subject to fluctuations with unclear causes. On the other hand, the participation of women in political life follows the principle of the higher, the less. This means that despite identical electoral systems at national and local or provincial level, there is a higher representation of women at lower levels: In all elections below the national level, 22.3% women were elected in 2010, and 22.2% three years later In the 1998 national elections, only 10.53% of seats were given to women, compared to 11.84% in 2001 and 14.47% in 2012.

Introduction of a quota for women for the 2012 elections

After the 2004 elections, the number of female MPs fell from nine to five, almost half the number of male MPs. As a result, on 21 October 2014, a forum for the political participation of women called on the government to introduce a women’s quota. In contrast to the past, the non-governmental organisations of partisan women from four of the five parties represented in parliament now joined together to form the Women’s Partnerships in Politics and Governance Forum in 2005. This led to the introduction of a women’s quota of 30%. However, the parliament changed the law and abolished the women’s quota on 26 December 2007 The push came from two male MPRP and DP deputies and was based on a secret agreement between the two parties.

As a reaction to this, the non-governmental organisations of the partisan women submitted a petition to the speaker of parliament, and other women’s organisations also campaigned for the women’s quota for several weeks. Finally, on 8 January 2008, President Nambaryn Enchbajar met with the women and vetoed the law. On 10 January 2008, Parliament approved the veto. But the male members of parliament of the two main parties refused to accept the parliamentary decision. They reached a new vote on 11 January 2008, overruling the President’s veto.

In the course of these debates, male MPs had attacked female MPs, claiming that they were shaking up the political system by asking the President for a veto. Women and men from women’s organisations and advocates of the women’s quota were threatened with political violence and verbally attacked in public. Women presenters of television debates received threatening phone calls. Politicians from both major parties waged a negative campaign by playing up traditional patriarchal emotional patterns and negative gender norms and by publishing a series of anti-women articles in newspapers and magazines The strong opposition of male MPs and the leadership of the two major parties to the women’s quota was broadcast live on television. This led to an unprecedented support of women by journalists and the public. Even more importantly, it brought together the various non-governmental organizations of women throughout the country Despite the counter-movement to the women’s quota, the supporters succeeded for several weeks in activating large sections of society and making the gender issue visible in politics as an important socio-political problem. This created a great potential for further joint actions. Nevertheless, the political headwind was considerable. Although the election of three female MPs in 2008 prompted the formation of a parliamentary working group to study the introduction of a women’s quota, the MPRP and the DP continued to oppose it, and a united front of male MPs against the women’s quota even emerged before the 2012 elections. Women’s organisations from the main parties committed themselves in a document to working together on this issue. During the drafting phase of the electoral law in June 2011, this working group discussed the introduction of a women’s quota with the parliamentary body dealing with the structure of the state and the chancellery of the president. The participants demanded a women’s quota of 30% and criticised the way in which the candidates were selected. However, of the 73 members of parliament, only one participated in the group. In April 2011, the MP refused to accept the petition of women’s organisations for the introduction of a women’s quota.

Women from the various parties joined forces and called on donors to provide financial support for the women’s organisations of the parties and women in politics. This appeal was the basis for a 45-day media campaign launched on 3 October 2011 under the name Women Can. It was supported by the United Nations Development Programme, among others. The aim was to increase women’s participation in political life, change the traditional perception of women in politics, increase the number of female candidates for election and help the women’s quota to break through. Women were made visible to the electorate as strong, assertive and reliable politicians.

Against this background, the parliamentary body of the MPP approved the DP’s proposal for a women’s quota of 15% on 7 November 2011.  From 11 to 12 November 2011, the Women for Development Forum 2011 met in Ulaanbaatar and demanded an increase of the quota to 20%.  After two weeks of hard negotiations, Prime Minister Tschimediin Saichanbileg announced that the competent body of his party DP had agreed on 20%. The MPP stepped in and the electoral law was amended accordingly .

Issues that affect women were put on the political agenda in the 2010s, for example the Gender Equality Act in 2011 and the Domestic Violence Act in 2016. But Mongolia’s political culture is still dominated by men. A striking example of this was the ritual of lighting the state fire in 2011: The ceremony took place in the government building. It was organised by a few male members of parliament and supported by the president, the government and parliament. Women were excluded because their presence would have allegedly made the ritual impure. Consequently, only male journalists were admitted.

The increase in the number of female MPs after the 2012 elections could be due to the work of women’s non-governmental organisations, the increased presence of women in public life and the Women’s Parliamentary Body, which was set up by women elected representatives of all parties. It advocated women’s interests such as improving the quality of maternity clinics and supported the introduction of the law against domestic violence in 2016 Results of a 2016 survey showed that public opinion on women in politics was women-friendly. The gender of the candidates had become less important, the preference for female candidates had increased. Against this background, it is not the opinion of the population but the male-determined political culture of the major parties that appears to be the main obstacle to women’s greater access to political power. 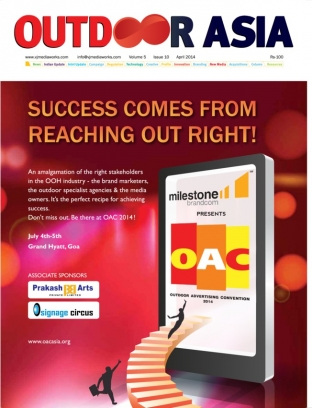